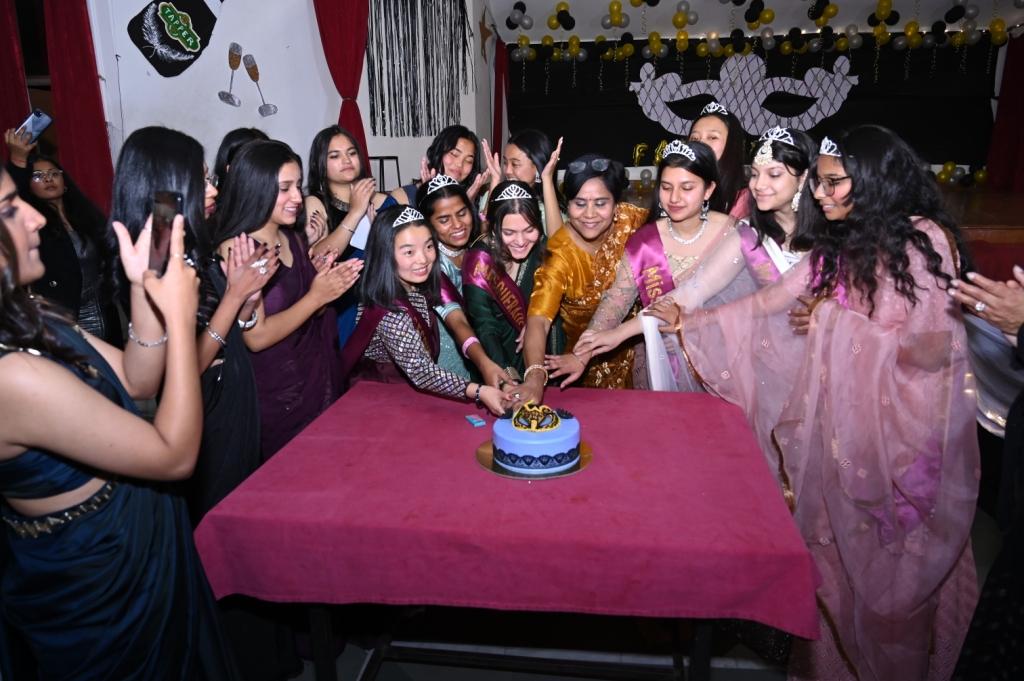 Passing out from school is one of the happiest moments of our lives. But at the same time, it’s also bittersweet. At that point, we must be ready to bid farewell to our dear students and all the sweet memories we’ve made together over the years. But no matter how hard it is to say goodbye, we must remember, that all farewells do carry a promise of good things and new beginnings.

The night didn’t seem dark that night as the girls, all of them were glimmering and shining like a diva. The girls of class 9th and 11th did an impeccable job of decorating and organising the entire event.

There were many competitions, games and quizzes for the participants both of class 10th and 12th. Few of them were-
Passing the pillow, Showing your glam on the ramp, dance performances etc.
For class 12th the titles were Ms SIA (winner), first and second runner up, Ms Masquerade and Ms. Popular The honourable jury judging the girls of class 12th to decide who deserves these most prestigious titles were our Honourable principal Ms Anjana Kapoor, our honourable coordinator Dr Divya Topal and Ms Jigyasa Ghale.
Likewise, for class 10th, the titles were Ms Princess and Ms Princess Masquerade.

The show was a spectacular grandeur. A treat to the eyes. The show came to an end with our Honourable director Ms Mamta’s speech.

To all our girls all we have to say is,
“There are no goodbyes for us. Wherever you are, you will always be in our hearts”