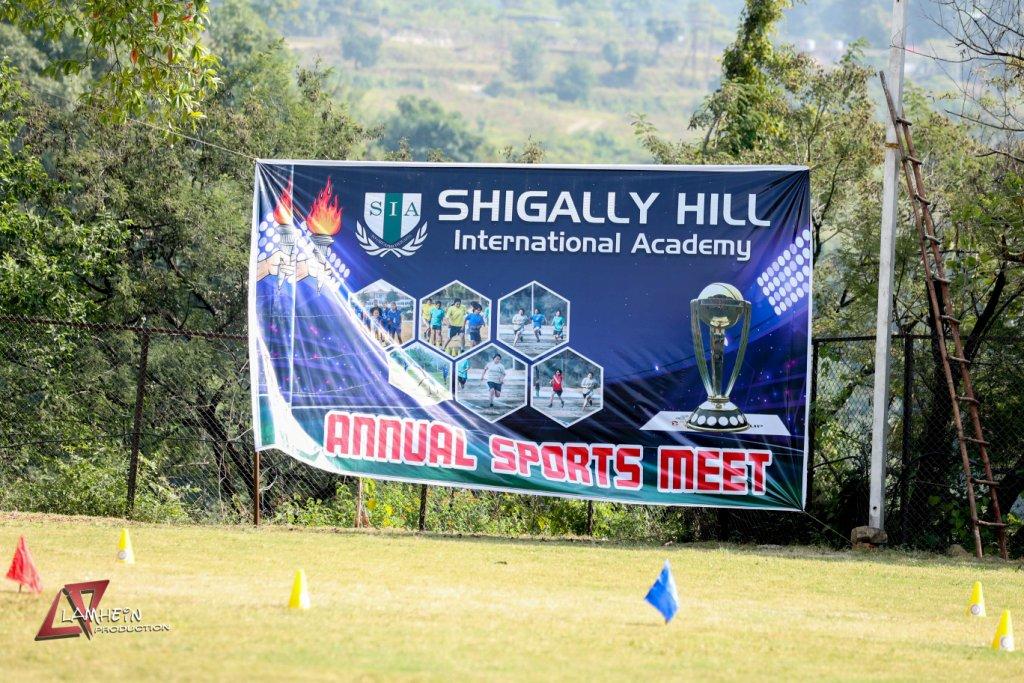 Our School celebrated its Annual Sports Day Meet on October 20th, a sunny day. The field was decorated with flags, festoons, and buntings. The chief guest Mr. Aman Vohra, an esteemed athlete, and well-known person in the field of sports arrived sharp at 10:30 a.m. He was welcomed by our dignitaries at Shigally. The Sports Meet opened with a March Past by all four Houses of the school. Followed by Races for different distances, like 100 meters, 200 meters, Shuttle relay, Dress up race, and banana race for our tiny tots, even pre-field events like high and long jumps, hammer, javelin, and shot-put throws were also held. The lemon spoon race and 200-meter race for the guests attracted much applause.

There were many thrilling acts like the karate presentation, which included many stunts performed by the girls. And we’ll synchronize the Zumba dance presentation with the girls.

The Champions house trophy was earned by Amaltas house.

Our respected director ma’am declared the meeting closed and read out the vote of thanks.

The event was grand and spectacular. The cheers and applause that the parents showed towards their children were much praised.